This NES ROM Is Also a ZIP File


Update: This project was featured on Hackaday

What is in this ZIP file? The source code of this NES ROM.


What happens when you compile that source code? It creates an NES ROM that is also a ZIP file that contains the source code of that NES ROM. 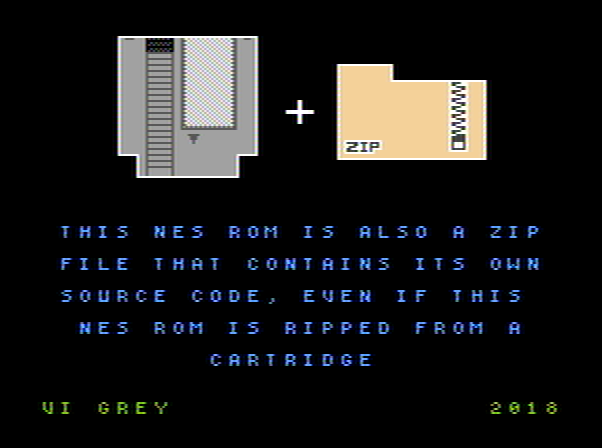 This NES ROM can be burned onto an NES cartridge and it will work on an NES. Even if you rip the data from the cartridge, the NES ROM will still be the ZIP file.


Issue 0x14 of PoC||GTFO was a PDF, ZIP file, and NES ROM. That issue is actually what inspired me to make an NES game from scratch for the Tymkrs as a gift. 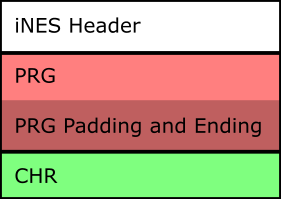 
ZIP files have quite a few components to them, so we'll just focus on the parts that we have to care about. 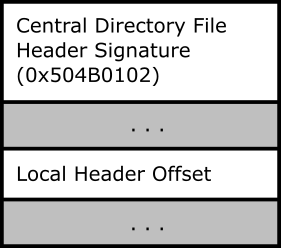 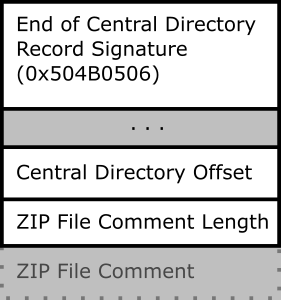 Hiding a ZIP File in an NES ROM 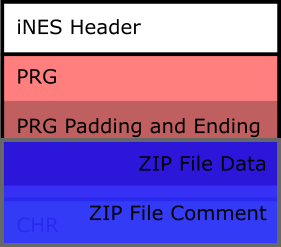 This file remains an NES ROM because none of the necessary PRG data or any of the CHR data is disturbed. It is also a ZIP file because the offsets are all correct and any data after the ZIP file data is declared a ZIP File Comment.


Let's test the file at the beginning out to make sure it is both an NES ROM and a ZIP file. After downloading the file as an NES ROM, I make a copy of it.

Renaming the file allowed me to change the file extension from .nes to .zip

After changing the file extension to .zip, the file is now considered a ZIP file.

Unzipping this file produces a directory.

If we take a look at the contents of the directory, we'll find the source code of the file. We just took an NES ROM, changed it to a ZIP file and then unzipped it successfully.


This part was actually the easiest part. The zipped up source code resulted in a ZIP file that was small enough to easily be embedded into the NES ROM, so I decided to make the NES/ZIP recursive. It didn't take that much work to automate the process of making the ZIP file of the source code or to automate the process of embedding the ZIP file into the NES ROM.


This project is merely a proof of concept to show that it is possible to embed a ZIP file into an NES ROM in a way that creates a file that is both the ZIP file and NES ROM at the same time and in a way that allows the data to be burned onto a cartridge and retain all of its properties.


While I decided to make this NES ROM compatible with NES-NROM-128 circuit boards because of its simplicity, this process should work for just about any NES ROM as long as there is sufficient amount of PRG data padding to embed the ZIP file into.


Different NES ROMs may need special handling to make this work, as different 6502 assemblers may pad their PRG data differently. I haven't tested this method out with more complicated NES games that have bank switching. I also did not test modifying the PRG data size to add enough padding to embed ZIP files larger than what is available.


With all of that said, if I hand you an NES cartridge, don't be surprised if there is a secret ZIP file embedded in the NES ROM data.


The source code for this project can be found at the following link (or by unzipping the NES ROM file) and is licensed under a BSD 2-Clause License.