This NES ROM is a portrait of Dan Kaminsky. This ROM file is also a PDF file that includes a tribute I wrote for him along with the letter he had me send out for the Brainfu NES cartridge project that he commissioned me to make and give to many of his friends as a gift. Because he commissioned the Brainfu NES cartridge project, I decided to include a Brainfu-- programming interpreter in his portrait, which is accessible by inputting the Konami Code (Up Up Down Down Left Right Left Right B A) on the portrait screen. 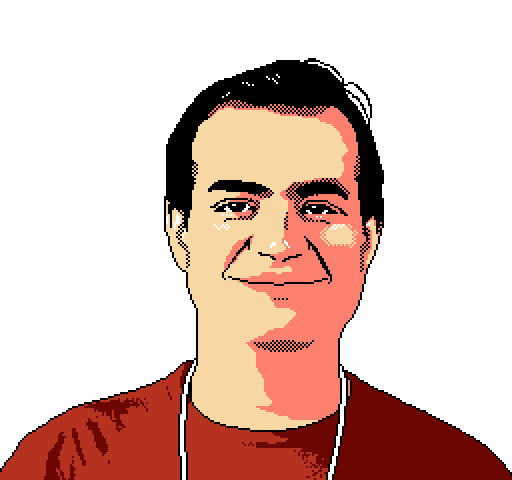 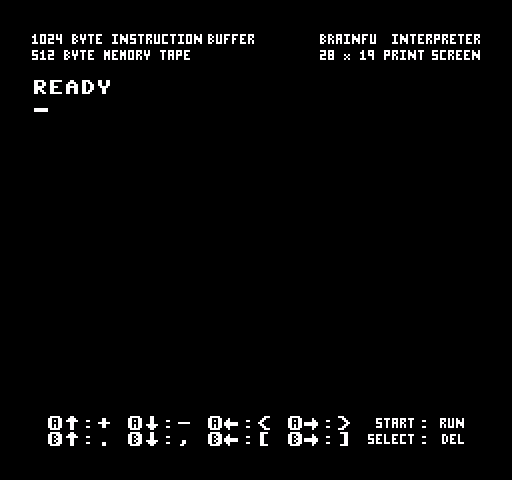 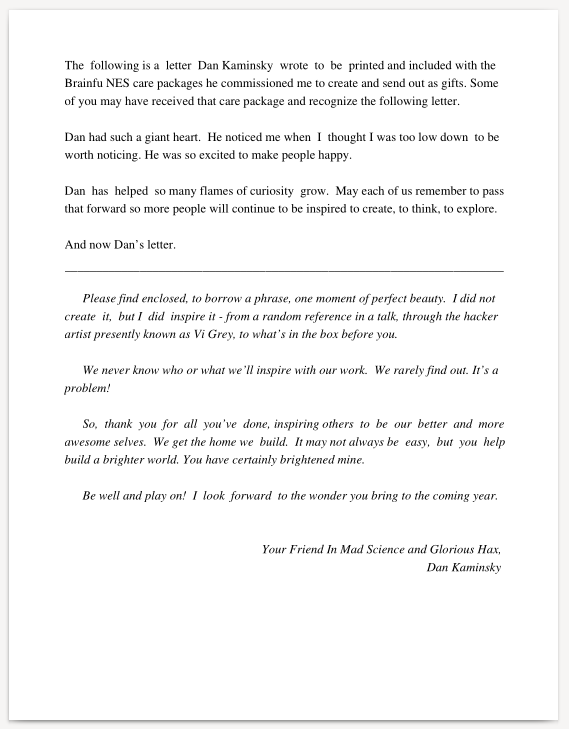