In July 20th, 2018, I presented at a conference called HOPE (Hackers of Planet Earth) in Manhattan, NY. For this talk, I decided to present from an NES console using an NES cartridge, so the entire "power point" and software to handle it were written for the NES. This talk was titled "I Dream of Game Genies and ZIP File - Hacking the NES" and slides and the presentation video can be found in the at the following 2 links. 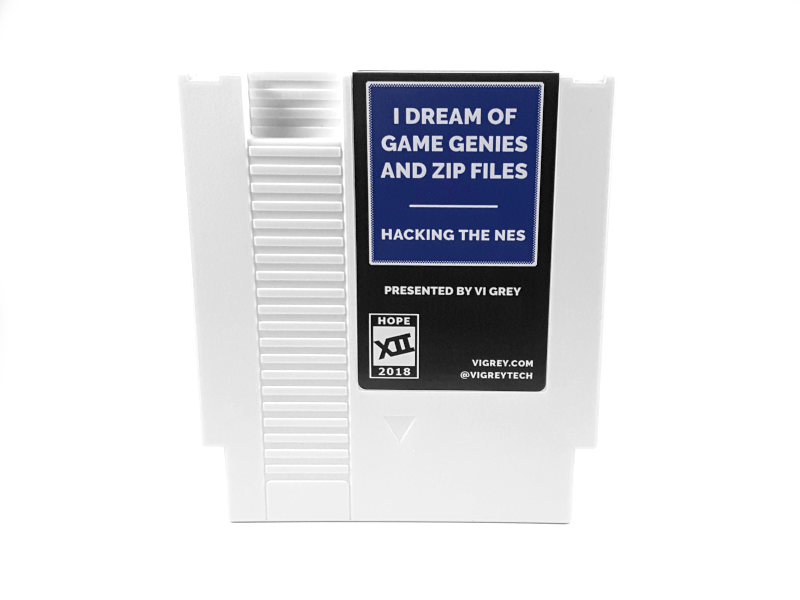 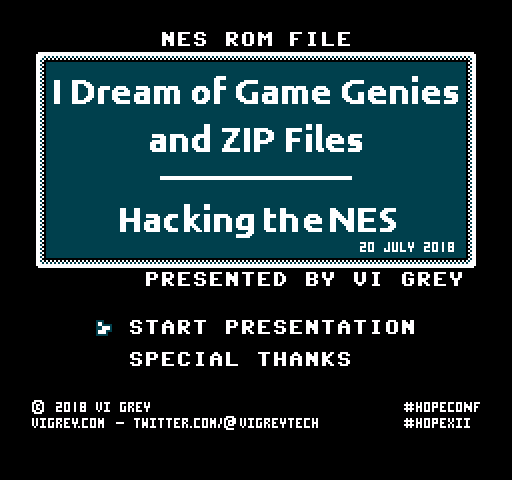 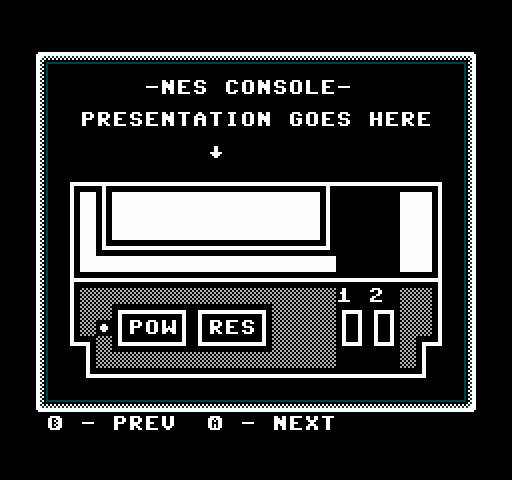 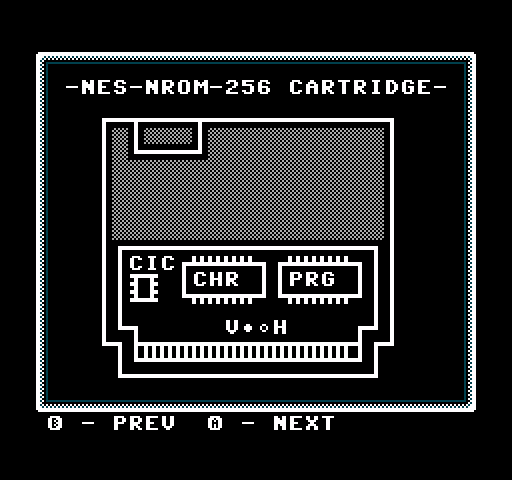 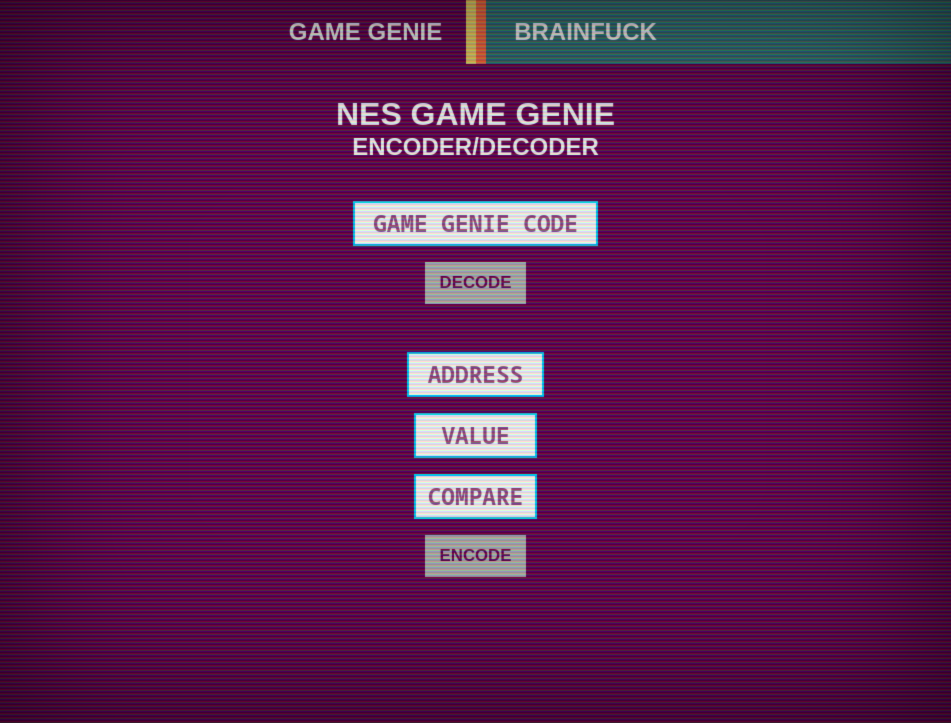 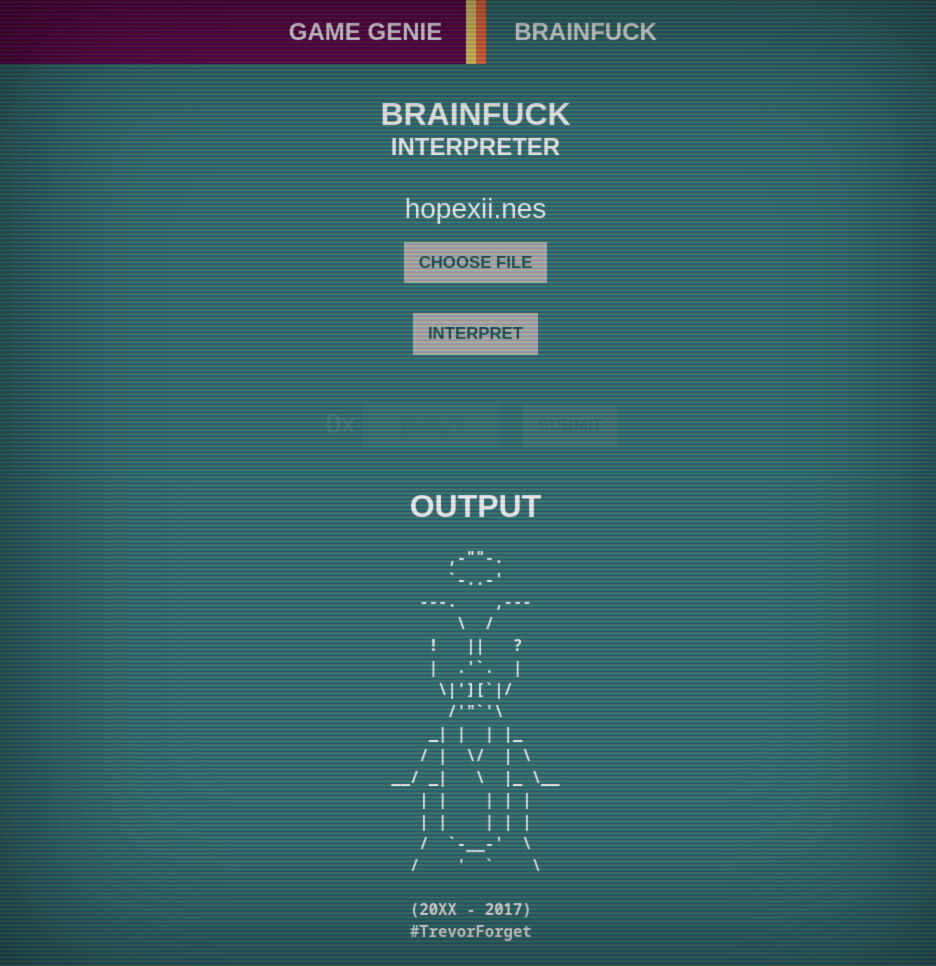 Along with being an NES ROM, HTML file, and a brainfu-- program, this NES ROM is also a ZIP file, 7z file, and RAR file. 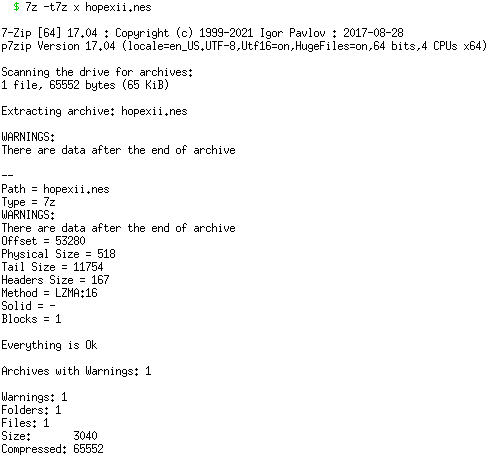 This cartridge, like the other NES cartridges I have worked on so far, has 2 ROM storage chips, one for PRG (program) data and the other for CHR (graphical) data. I decided to make the 32 KB PRG ROM chip data a bitmap image as well, which can be seen below.


Due to this NES ROM file being a valid ZIP file, this ROM will not run on the FCEUX NES emulator in version at or above 2.3.0. Please keep that in mind before downloading and playing this NES ROM.